We have teamed up with LandShark to host a 10-week cornhole league that will be every Thursday night (unless noted) at RallyPoint Sport Grill as part of the 2019 Landshark Co-Ed Cornhole Series. The series features co-ed leagues across four states (NC, SC, GA, FL) PLUS a $10,000 Championship! 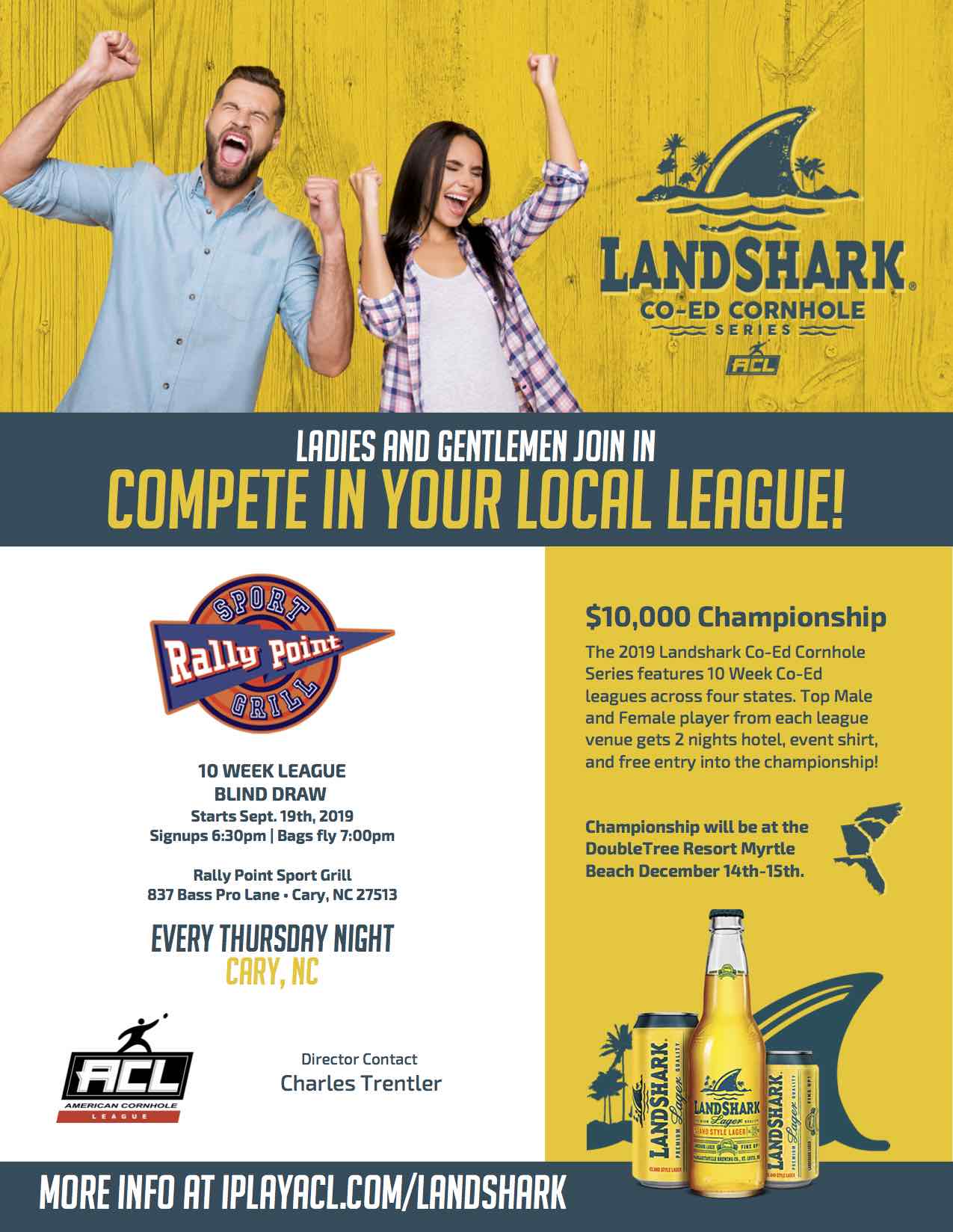 Friday, September 27 (Please note that this event is on a Friday)

The Format for the Event Is as Follows:

We look forward to seeing you! For more information visit IPLAYACL.com/LANDSHARK.